When I first heard Elvis’ version of Let It Be Me, I was blown away. Previously knowing the Everly Brothers version, this was much different. Arranged by piano player Glenn D. Hardin it was like a new song. 4/4 with a 12/8 feel to it. The bass line is one of my favourites, with some lovely melody phrasing.

After playing it in an Elvis show for a few months I decided to write it out. I though this and other transcriptions I’d done had been lost. Long story, fortunately, I found the original PDF of this, which just needed to minor changes to it. Now found, it’s time to share it. As I was writing, despite playing for a few months, when I wrote out the bass line note for note from the recording, I noticed a few bass phrases I’d either initial missed, or just thought I had enough to play live on stage. Check out the phrase on the play out at bar 69. Another show the same day, Jerry would have played a different yet similar line. The version that ended up on the album, everything just seemed to come together.

You can see the transcription here

Walk A Mile In My Shoes, is quite a funky tune and bass line for an Elvis track. Probably due to Jerry Scheff’s bass and Bob Lanning’s drumming. This track makes good sixteenth and syncopated reading. Apart from the bass break (which I realised I’ve play slightly wrong on the video) Jerry’s playing is rarely the same in two bars. Jerry said he used to listen to the rest of the band, brass, guitarist and drums (obviously) and follow them. Is quite evident looking into this he does just that hear. With some rhythmic parts following the vocal, which others follow and instrument. Bar 60 the bass follows the glockenspiel as an example.

You can view the PDF transcription here. 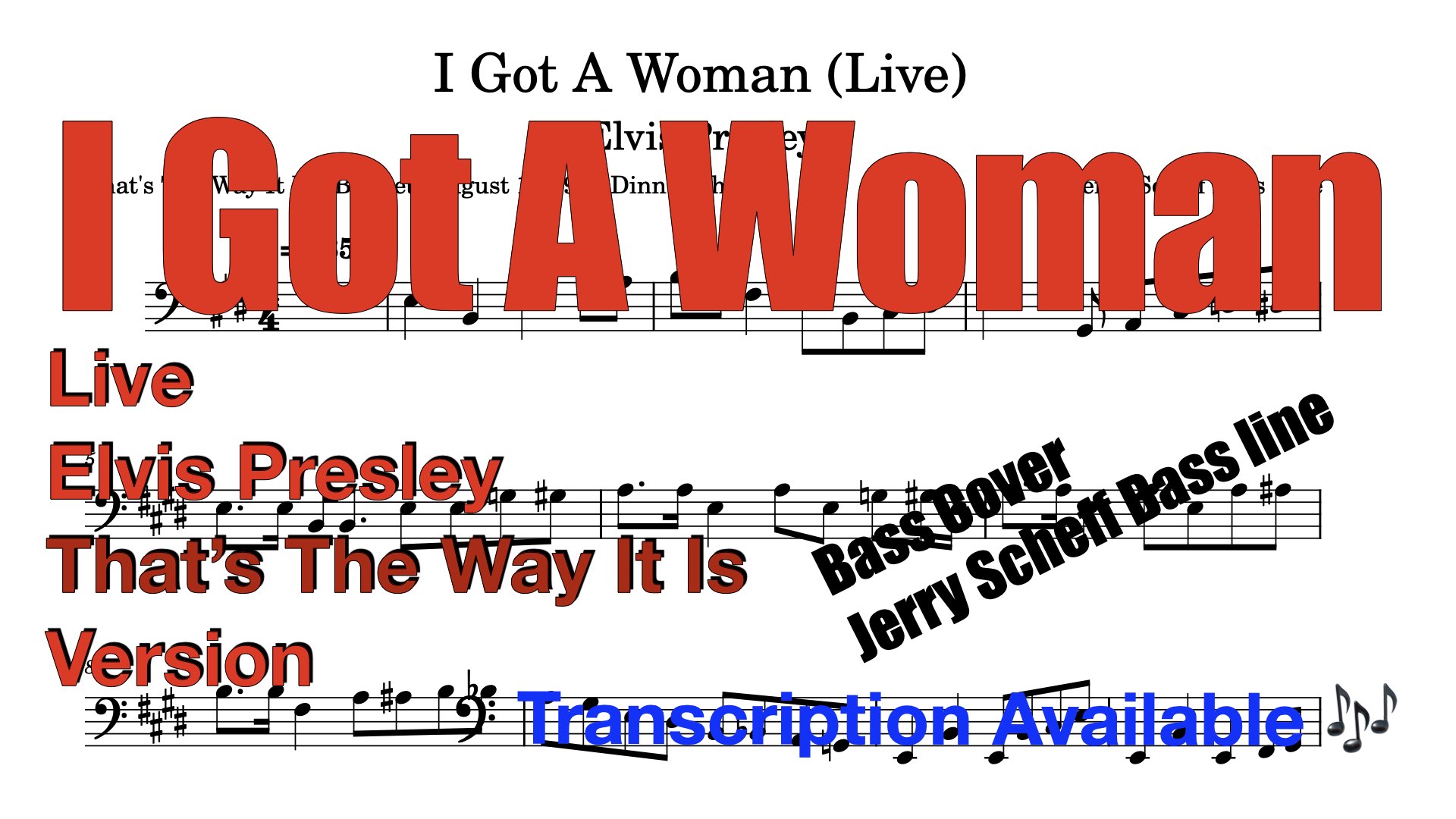 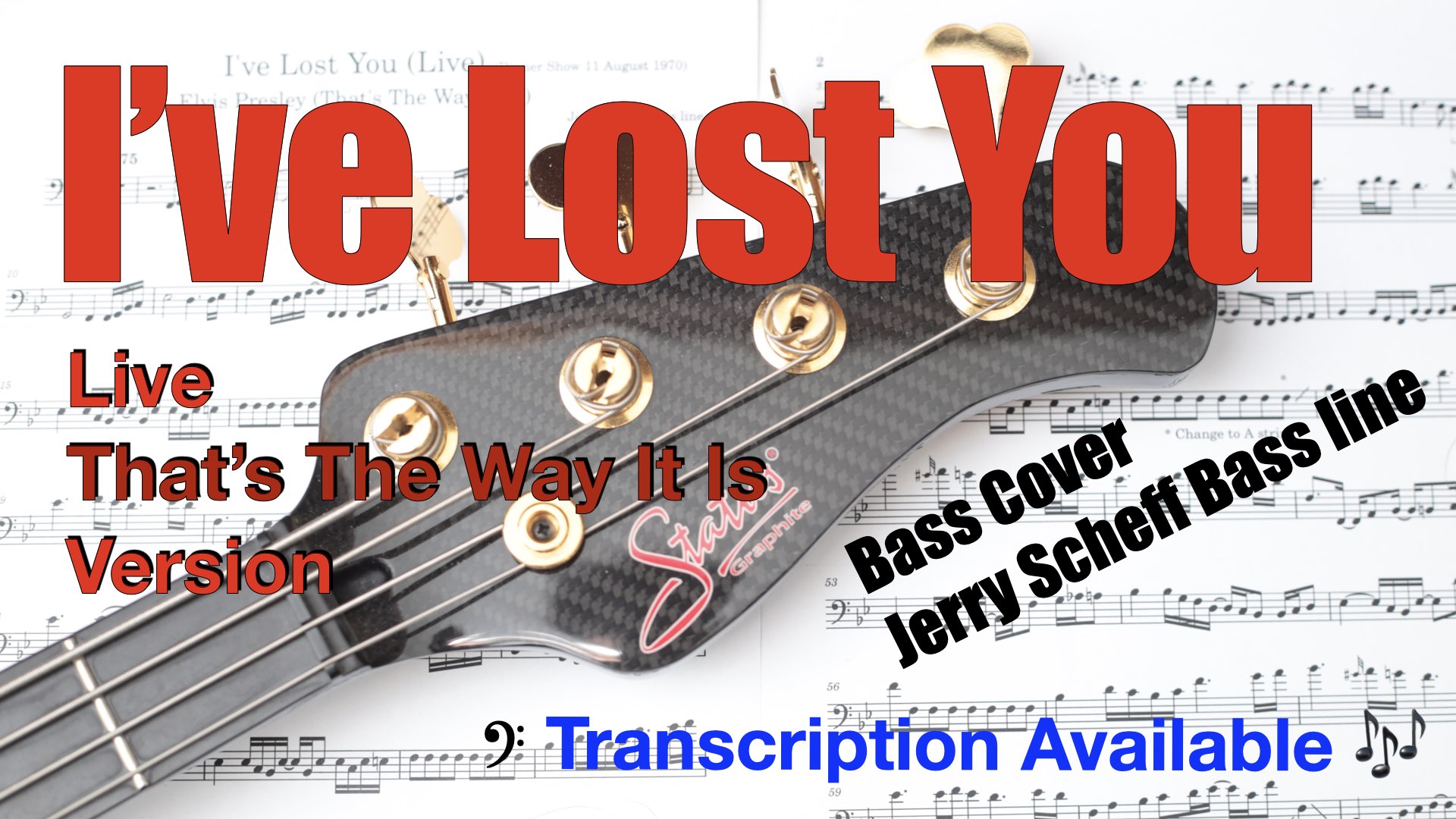 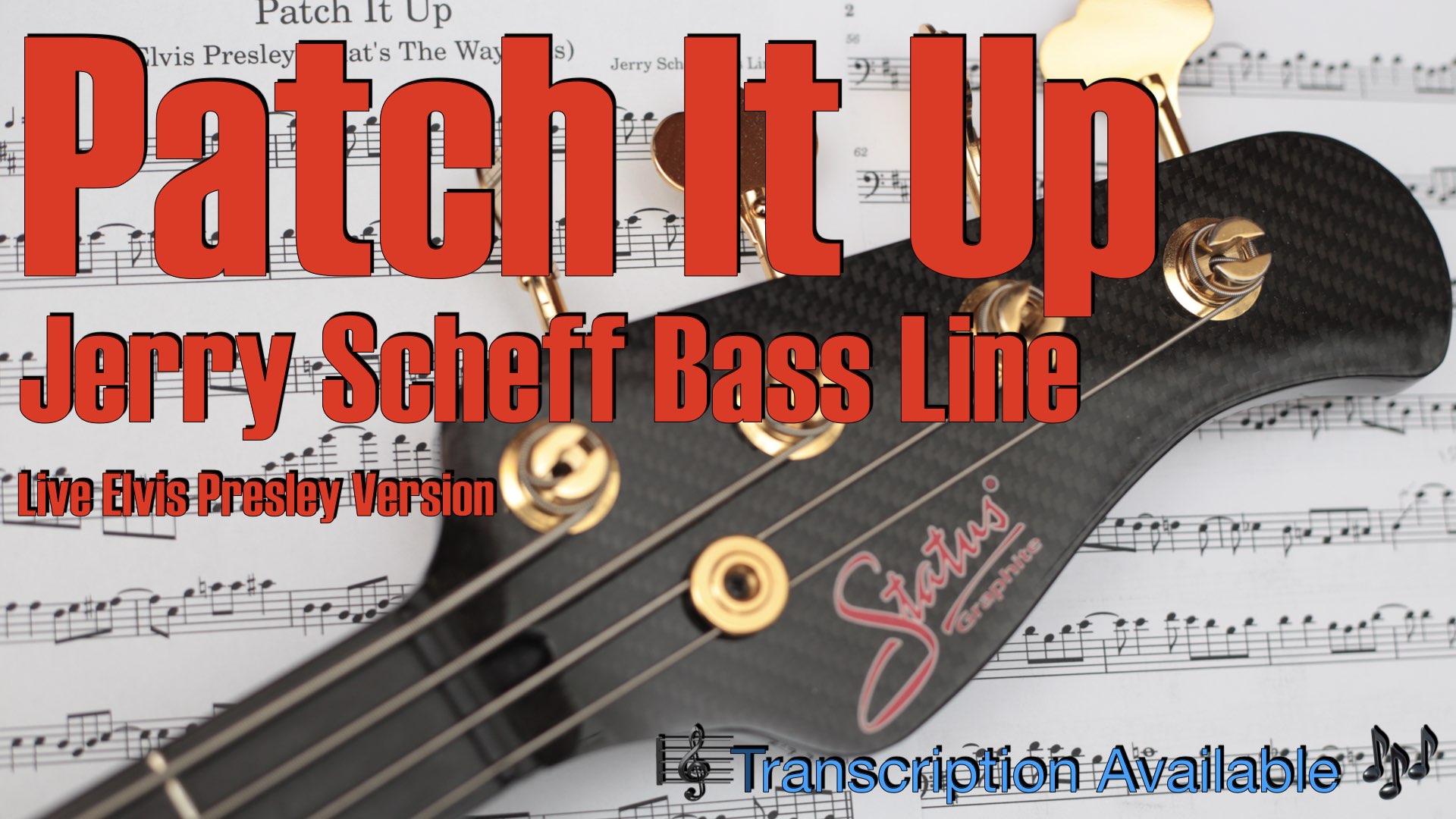 If you’re a fan of the playing of James Jamerson, it’s quite likely you have the James Jamerson ‘Standing in the Shadows of Motown’ book with many transcriptions in it. One is the Junior Walker version of ‘How Sweet It Is’ in Db. The Marvin Gaye version is very similar but in the key of C and slightly easier to play due to the easier use of open strings. I decided to write this one out. There were a few triplets that were not easy to pick out on the recording. The more you transcribe the easier it is supposed to become. They seemed correct playing with the original recording and hearing nothing standing out or clashing.

I recorded the bass line which you can see in the video below. I am reading it. I try not to include my face as it’s not pretty, but to make the video a little more interesting, I included another angle. I’ve used a standard 62 re-issue precision which has a high density foam under the bridge cover. This is similar to the original bass foam rather than a sponge like so many do. Does it make much difference compared to a sponge. Probably not. Maybe something for another video perhaps.

Anyway, I hope you get some use from this transcription as well.

You can find the transcription here:-
Click this text for Transcription

For those that don’t know, Chas and Dave were a Cockney Duo (actually there was 3 of them including the drummer) and overlooked musicians. I heard a keyboard player cover this during the the Covid – 19 lockdown which reminded my how good  the bass line was. I decided to transcribe it. The main hock of the song, is very deceptive as it goes across the beat, it’s slightly different during the intro, once you get into the verse with the octave patterns  it’s easy to count it with the top note. (bars 21,22 and similar). There are two verses, which other than an obvious pause in the second, both are different with interesting, yet similar patterns in the Bb, then the F patterns are different as well. A very good production, making it simple at the start, then adding more towards the end. Dave Peacock most likely recorded this on his precision bass,  using a pick. In my video below, I just stuck to using my fingers. To be honest, it didn’t sound great when I tried with a pick.

By tomorrow I would have attended 4 funerals and a

I haven’t really played the organ for a wedding